I’m not a fan-tastic by any means, however I desired to preserve the design of the G5 airflow with a few enhancements and innovations. Simply put, I reversed the flow of the fans out the front of the case because a hackintosh back plate isn’t usually perforated, however the front of the case remains so. Additionally, I placed feet on the back of the mac to take advantage of the fact that heat naturally rises, which combined with the front exhaust should lead to optimal cooling, or at least equal cooling with a nice new cool look!

I added aluminum door stops to the rear of the case to allow vertical placement. In order to ensure the black rubber in the door stop exceeded the aluminum (to protect your floor), I place a washer inside of the door stop under the black rubber insert, when the preexisting screw fastened it into place. I also placed washers underneath the screws to increase the height a bit and level it with the single stopper mounted to the ‘mountain mods’ backplate, as to ensure they they are level. Depending on your configuration, monitor cables can be quite tall, so you will need to either elevate it by placing something esthetic beneath the feet, or HDMI cables which are not that tall. For these reasons and the lack of extentions, my case is still horizontal at the moment, but that will change 🙂 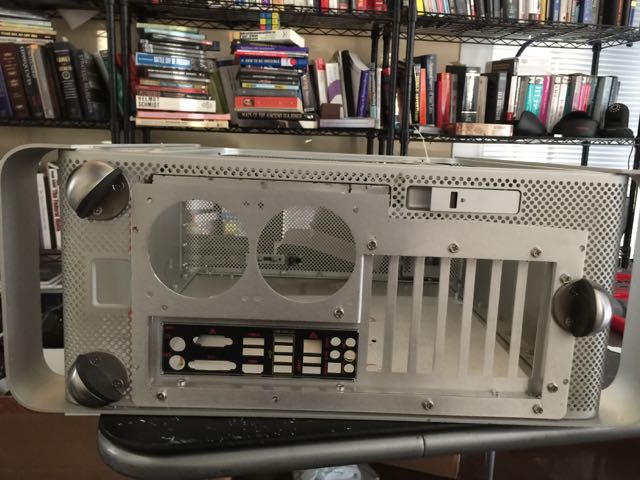 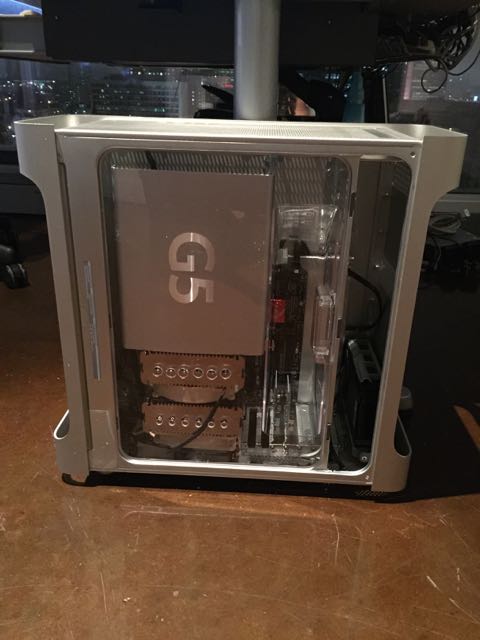 G5 Plate to be relocated in front of CPU Fan, just a preview of its beauty 🙂

As you from the image above, the backplate has less perforation to release heat. For these reasons, I reversed all 10 Noctua fans to all blow out the front. Currently, at 4.7Ghz after a 7hr stress test, the highest temperature I could raise running Geek-bench natively with OCCT running in a VM along side Pov Ray benchmark was 77C degrees (3 hrs), with an average visual in the high 60’s and low 70’s. Of all the fans, the two CPU fans are not running at full speed continuously (but manual 2.5/PVM) while the others are, as Noctua fans are so silent and helps idle hold temperatures of approx 29C. 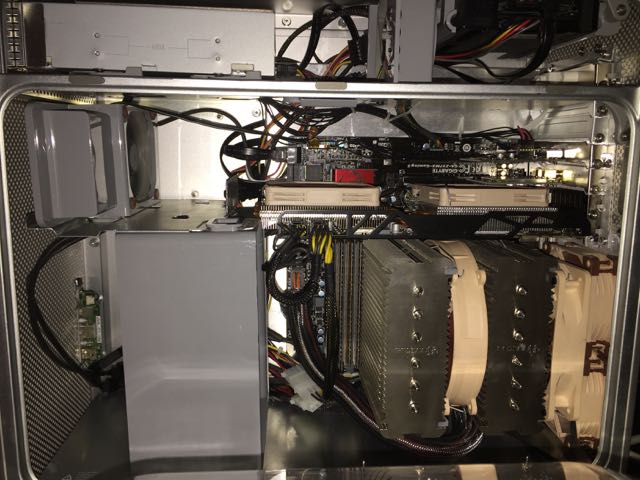 Notice the Gigabyte GTX 770 Windforce fans were replaced with Noctua fans! Why, because the Windforce plate was to big too close with the wind deflector (clear shield) 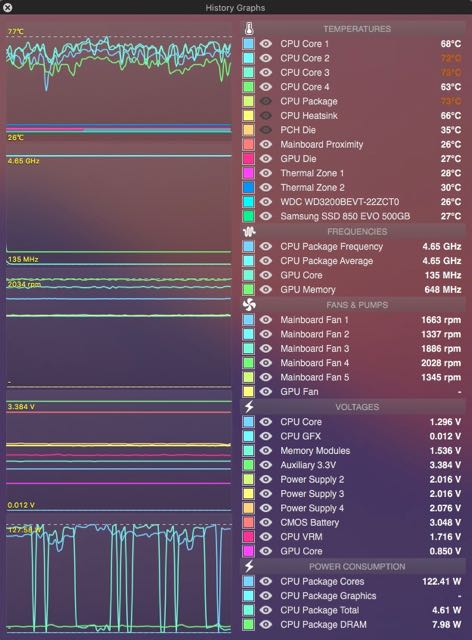 As you can see from above, the system remains pretty cool and innovative. More to wright on this subject, so stay tuned!